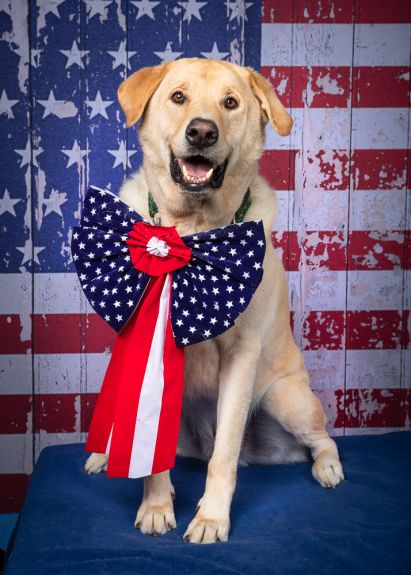 Otis and Tess – both rescued lab mixes. She had been in an abusive environment – right front leg broken and never set by a vet before we got her. He was found at 6 months running in traffic. They were inseparable!

Otis, an 8 year old 106 lb. lab/Dane mix, became a Tripawd on February 9, 2016 after his right front leg broke due to osteosarcoma. We did 4 rounds of carboplatin, but lung mets were discovered on Agust 25, and he passed on September 4.

The day before Tess passed, a local lab rescue group had identfied Gator, a 120 pound 6 year old yellow lab in need of a home, as a potential companion for her. His picture was on my phone, and my house needed a dog. . .

And you cannot forget the kitty bloggers – Enzo (who thinks he is a dog), Sophia and Princess.

Otis's Photos – Otis and Tess is brought to you by Tripawds.
HOME » NEWS » BLOGS » FORUMS » CHAT » YOUR PRIVACY » RANDOM BLOG